It’s that time of year again! As the new year approaches, we’re looking back on the best Canadian social media campaigns of 2021. There are tons of lessons to be learned from the best brands on social media!

Grab yourself some Timbiebs and a double-double, and check out our favourite social media campaigns from the past year!

When it comes to the cosmetics industry, BIPOC consumers struggle to feel valued. Historically, makeup companies aren’t very inclusive in terms of their colour ranges – but Makeup for Melanin Girls (MFMG) is working to change that.

Though the brand is relatively new, they’ve amassed over 140K followers on Instagram. In 2021, the beauty brand partnered with influencers like Eloho to help spread the word about their products and mission. Influencer marketing is set to be bigger than ever in 2022 – and MFMG sets a great example of how to do it right! 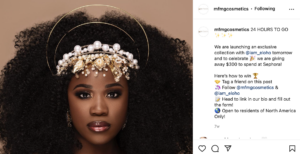 Season 3 of CTV’s Jann was released in the fall of 2021. The acclaimed series ran a season-long “campaign” of sorts, using social media to connect with its audience. (Social media certainly inspired many jokes in the show itself. Digital marketers, add this one to your must-watch list.)

If you haven’t seen it yet, Jann is a hilarious parody of the beloved singer/songwriter Jann Arden’s life and career. The Canadian celeb cameos are spot-on, and we love the spotlight it puts on Calgary (our home base).

Here are a few examples of Jann‘s social strategy:

Jann started out as a little Canadian comedy series, but it’s made its way to Hulu. We definitely think social media played a big role in its success!

Ever since the whole work-from-home movement took off, the loungewear market has become incredibly competitive. Richmond, BC’s Smash + Tess is out there making Canada proud, one romper at a time.

The key to their success? One thing’s for sure: They know how to create tons of buzz through social media. They’re well-known for their influencer collabs (with favourites like The Birds Papaya and Hillary Duff). S+T basically just has to post one photo of Jillian Harris in a new romper, and it sells out in minutes.

No wonder Smash + Tess is ranked #24 on The Globe and Mail’s list of Canada’s Top Growing Companies 2021! 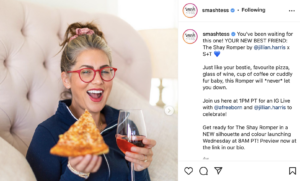 Lomi is an at-home composting system that’s no bigger than a standard compost bin (minus the flimsy, leaky bags). Lomi started out as an Indigogo campaign – and ads for this campaign were all over social media.

They were the type of video ads you couldn’t help but watch through to the end. That’s probably why Lomi raised $7 million and became the most successful crowd-funding campaign of 2021.

Ultimately, Lomi’s content focuses on solving problems for its consumers. For anyone who’s worried about the future of our planet – or anyone who just wants to make composting easier – Lomi’s here to help.

Thanks to TikTok, social media campaigns are changing – and some brands are using this platform to become “famous” before they even launch. Take Nadaré Co., an affordable line of jewelry, for example. They sold out on their launch day because of TikTok, and report having spent a whopping $0 on advertising as of June 2021.

So how’d they do it? Like Lomi, Nadaré Co. focused on creating content that helped their audience solve problems. Instead of being overly self-promotional, they zeroed in on their audience’s wants and needs, and let those serve as their content pillars. 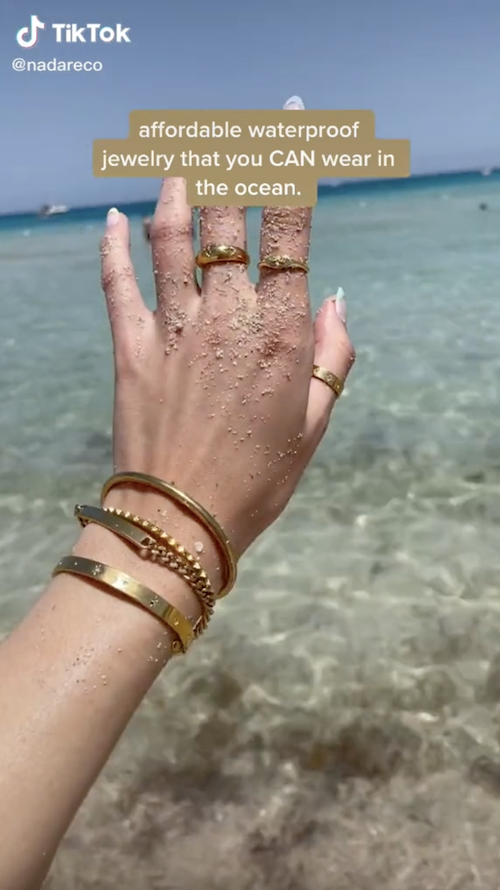 Screenshot via @nadareco on TikTok

The name says it all. When Justin Bieber decided to partner up with Tim Hortons, we knew social media memes would abound. But the collab ended up causing a huge stir. Boxes of Justin’s Timbiebs were hard to come by and ended up reselling at super-high markups online.

Ah, the power of social media – and of influencer marketing.

While new-ish to the footwear scene, Vessi’s incredible TikTok content has earned the company over 150K followers quickly. This is one company that has a lot of fun incorporating social media trends into their products (waterproof footwear). Vessi even poked fun at the internet’s fury over Starbucks’ eggnog latte fiasco with a pair of eggnog sneakers!

Vessi’s product is perfect for TikTok – it’s a great platform for showing off how truly waterproof their shoes are. There’s nothing TikTok users love more than a helpful life hack, right? Clearly, Vessi understands their audience well – which is essential for any social media marketing campaign. 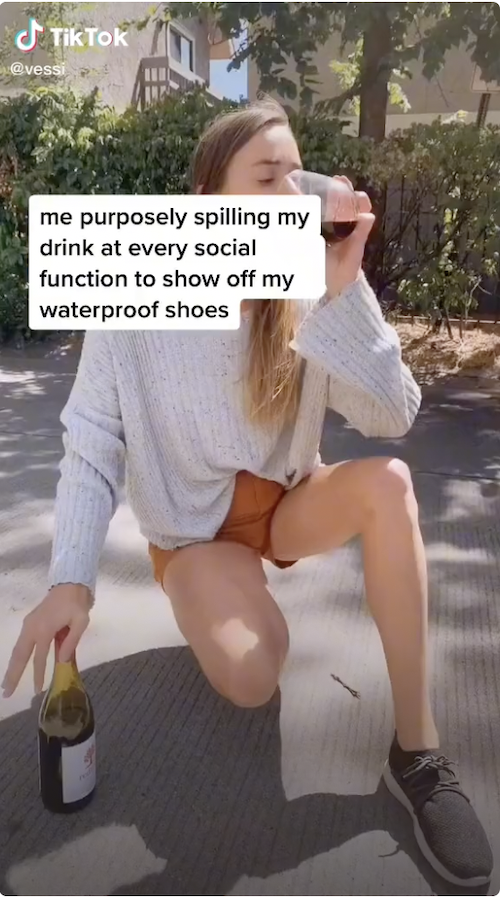 Screenshot via @vessi on TikTok

BONUS: The Legend of Simu Liu

Okay, so this isn’t an actual “campaign”, but it might be one of the best uses of social media in history.

Way back in 2014, Simu Liu, a burgeoning Canadian actor (at the time), asked Marvel about doing an Asian superhero movie. Cut to 2021, when Shang-Chi and the Legend of the Ten Rings became one of the highest-grossing films of the year. Simu just happened to play the lead.

What were your favourite Canadian social media campaigns from the past year? Let us know in the comments!