Top of the crops

Canada is the world’s fifth largest exporter of agriculture and agri-food products, after the EU, U.S., Brazil, and China.

A 2016 Government of Canada study revealed that the Canadian agriculture and agri-food sectors generated nearly $110 billion in 2014, generating 6.6% of Canada’s GDP and accounting for 1 in 8 jobs (2.3 million) nationwide.

These statistics are a strong affirmation of the importance of the agriculture sector to the Canadian economy. Unfortunately, these facts aren’t usually translated into meaningful marketing and PR campaigns and, subsequently, might not be reaching the average Canadian, on whom the industry ultimately relies for a secure future.

Agri-food in the public eye 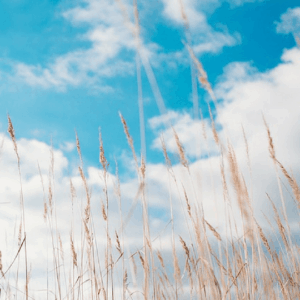 An analysis of public awareness around Canadian agriculture’s huge role in everything from the economy to health and safety and research and innovation was articulated in an Agricultural Awareness Baseline Survey, commissioned by Agriculture and Agri-food Canada in 2017.

Key takeaways from the survey include:

Only one-third of Canadians rated themselves as knowledgeable about the agriculture and agri-food sector, with most saying they are somewhat (31%) as opposed to very (3%) knowledgeable.”  and “A majority of Canadians expressed moderate to strong concern about various issues affecting the sector… quality (76%) and safety (74%) of the food Canadians eat, the use of hormones in farm animals (74%), and the affordability of food in Canada (73%).

As metropolitan population figures continue to rise across Canada (Calgary alone reported 29% growth in the period between 2007-2017), so decreases the visibility of rural livelihoods and cognizance of the individual labourers and businesses that form the backbone of Canadian agriculture.

It’s not all doom and gloom, however, as the Baseline Survey also reported a massive 81% public approval rating towards the agriculture sector, with 89% of people also agreeing “it is very important to ensure Canada’s agricultural sector is successful and growing.”

The stories of Canada’s farms and workers are there to be told and on this evidence, the public is all-ears. The next step is about the delivery.

These stories need an effective medium in order to reach a growing metropolitan population that may not have any visibility of the important work carried out by Canadian ag., beyond simply ‘putting food on the table’. In fact, every Canadian that buys their groceries or visits their local farmers’ market is an active participant in the agri-food sector, through the product choices they make.

Canadian ag. is as old as the nation itself, and so tradition naturally plays an important role in the sector. One area in which the sector could benefit from a departure from this tradition is in prospective PR strategy.

Whilst there hasn’t been a total paradigm shift yet, as traditional media continues to show signs of gradually declining influence (20 of Canada’s top 24 newspapers showed a significant decline in circulation figures between 2009-2015), it becomes less viable as an outlet for successful targeted marketing strategies.

Conversely, social media participation (and, consequently, digital marketing opportunities) is undeniably on the rise across Canada. Over 22.7 million Canadians have at least one social media account (rising by 300,000 annually since 2016), with 63% of users actively engaging with brand and product pages more than any others.

In 2017 the Canadian marketing community oversaw a significant reallocation of traditional media spend towards digital channels, including an increase of 71% on social media advertising spends and 60% and 62% rises in display and search ad spends for desktop and mobile browsers, respectively.

With a wealth of tried and trusted digital marketing and targeting tools readily available, there is ample opportunity for customization, execution and measurement of successful digital marketing strategies, to ensure the Canadian public sees the best of your business.

In this series of weekly blog posts, we’ll be talking about the most effective ways for Canadian ag. businesses to open their barn doors to digital PR, with the aim of improving public awareness of the industry, its role in the economy, and the vital services and products it provides.