Communicating about cannabis; proceed with caution

Canadian cannabis companies are communicating at a furious pace in anticipation of legalization and new regulations on October 17, pushing out a raft of information the average person probably finds overwhelming.

To say there are significant communication challenges and opportunities ahead would be an understatement. The industry, business community and all levels of government will need to be prepared to educate Canadians about the consumption, legalization and workplace policies about cannabis use.

Recent stories in the media have focused on the impact of the law and how communities and businesses should prepare for the new reality. Some stories have zeroed in on controversies and confusion surrounding the legislation, so naturally there’s much speculation and many unanswered questions. 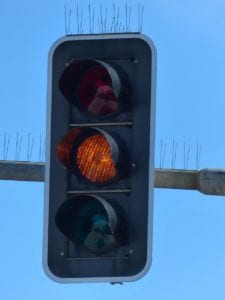 Take for example recent news stories that have sent a chill through some of the 400,000 Canadians who regularly cross the border into the United States. A number of stories have detailed scenarios where Canadians have been denied entry into the U.S. or permanently banned if they’ve been found to have a connection to cannabis. That includes those who work in the industry, those who have invested in the cannabis industry and those who admitted to consuming cannabis at some point in their life.

A Government of Canada website has this warning on its website: “Previous use of cannabis, or any other substance prohibited by local law, could result in a traveller being denied entry to their destination country.”

Jeff Bradshaw, president and CEO of the Cannabis Learning Series (CLS) in Calgary, says Canada is ill-prepared for issues that could arise from the legalization of cannabis. CLS has created a workplace training series on impairment and workplace safety with the rollout of the new cannabis laws.

“All anybody can do, whether it’s personal use, crossing the border, or workplace safety, is do your homework. Don’t ignore the facts. Educate yourself and prepare yourself. We’re all going to have to go with the flow a little bit,” Bradshaw says.

For those working in or investing in the cannabis industry who may need to travel to the U.S., one of the precautions you should consider taking is limiting references to cannabis in your digital and social media profiles, including LinkedIn.

An update to the Privacy Act of 1974 allows the U.S. Department of Homeland Security (DHS) and U.S. Customs and Border Protection (CBP) to expand its record keeping to include information collected from publicly available sources, such as social media, on people including those travelling under the Voluntary Waiver Program. This means DHS and CBP can request your social media identifiers when you are crossing the border and use the information they find in those profiles to deny you entry. 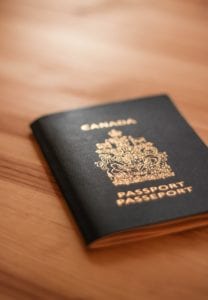 Despite the recent stories about the instances of Canadians crossing the border and being detained or denied entry into the U.S., Bradshaw cautions that this is not a regular occurrence currently.

Bradshaw admits the impact of cannabis on travel remains a grey area because custom agents can ask all kinds of uncomfortable questions.

Bradshaw says he could become a target himself. “I am not in the cannabis space. Our company is focused on workplace safety but the fact I own a company called the Cannabis Learning Series could be enough for a customs officer to deny me access.”

Because the issue of legalization will vary from province to province and municipality to municipality, issues may arise on a case by case basis; what may be legal in Calgary may not be elsewhere in the country.

This is where all levels of government will need to use all the tools in their toolbox to do an effective job of communicating the rules around legalization from production to distribution to consumption.

Organizations face similar challenges. They will need to adapt workplace policies and communicate those changes to staff and vendors. For organizations and businesses who have staff working in safety sensitive positions, new training will also need to be developed.

“Nobody really has all of the answers,” say Bradshaw. “A lot of that stuff I think we’re just going to have to use common sense and react accordingly. Unfortunately, I think there are going to be some issues – lawsuits, injuries, misinterpretations. We can’t turn it back so rather than getting too bent out of shape over it, we’re just saying prepare yourself the best you can and wait and see.”

One of the best ways to ensure a smooth transition to legalization is to communicate early, clearly and often.