Social media has made connecting with people a simple, everyday part of our lives, but if you’re a business, organization or association, how do you make your message stand out from the pack?

You tap into what humans respond to: an unexpected message that leaves an impression and evokes emotion.

Lianne Lefsrud, Assistant Professor, Engineering Safety and Risk Management, at the Donadeo Innovation Centre for Engineering, at the University of Alberta, has a keen interest in social media and recently researched what she calls “the persuasiveness of emotion and imagery.”

The University of Alberta academic and a team of researchers have developed an analytical model based on an algorithm that examines social media and online posts.

Because social media is used to communicate, visuals have become a critical way to connect with people on an emotional level. And though a picture can be thought-provoking, a combination of an image and words can be even more effective, says Lefsrud.

“You have to first capture attention, and pictures are particularly effective in capturing attention because these stand out from walls of text on social media and a lot of Twitter,” she says.

“Research has shown that if a tweet contains a picture it’s more likely to be read than one that doesn’t. And the most useful picture is one that generates surprise. Emotion can be triggered by the simple presence of a picture that has something that’s unexpected in it.”

According to Twitter’s internal data, people are three times more likely to engage with Tweets that contain videos and photos. Consider also the rise in photo-centric social platforms, like Instagram, which now has over one billion monthly active users. 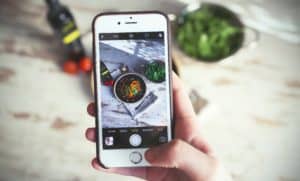 But even before social media, the idea of using a compelling and emotional photo in communications resulted in high engagement.

Lefsrud cites the 1985 photo of a green-eyed Afghan girl on the cover of National Geographic magazine. Her eyes were in stark contrast to her dark hair and dark skin and the red shawl she was wearing. Aside from her striking image, it was her intense gaze that compelled readers to satisfy their curiosity and find out more about her. Not only did the girl become a symbol for the Afghan refugee crisis, which people learned more about in the following pages, it became for the magazine, the most recognized photo in its history.

“You can use words and images together in various ways that can be complementary. Each adds information absent from the other,” she adds. 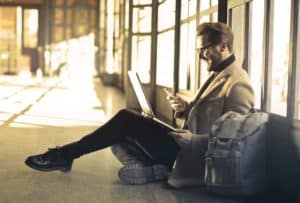 “Openness equals curiosity but if it’s too complex then it equals frustration and you don’t want your audience to be frustrated by something,” says Lefsrud.

With simple language and visuals, you create identification and that helps your audience identify with the message, the value and beliefs. Images of people are often most effective, but even then, you also need to be mindful about a person’s expression.