Calls to action that kick butt: the nonprofit guide for 2020

Every nonprofit builds their organization around an all-important mission statement – but convincing target audience members to buy into that mission statement can be easier said than done. That’s why you’ve got to come up with a few irresistible calls to action (CTAs).

Calls to action are everywhere these days – you can’t scroll through social media without being encouraged to purchase a product or click on a link. But what is the magic formula for creating a CTA that actually converts your audience?

Below, we’re listing some of our favourite calls to action from nonprofits. While there’s no true magic formula for creating the perfect call to action, there are many factors that make the good ones effective.

While 2020’s only just begun, the year has already been marred by the devastating fires taking place in Australia. It’s impossible to go on social media without seeing some sort of heartbreaking post about the horrific effects of the bushfires – which is why the Australian Red Cross’ calls to action are so compelling. The Red Cross leaned into an encouraging message: They’re working hard to provide relief to those suffering, and progress has most certainly been made. 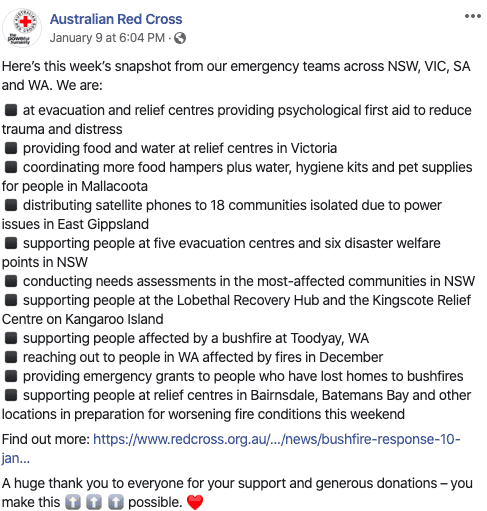 In the above post, the Australian Red Cross combines an uplifting-yet-urgent tone with ample evidence of what their organization has already achieved. That’s powerful messaging at its finest – and donors and volunteers are sure to take action as a result.

Jumpstart, a charity that’s dedicated to helping all kids get involved in sports and physical activities, has had major starpower behind its calls to action. Thanks to Canadian Tire, Jumpstart’s biggest supporter, athletes like Connor McDavid, Hayley Wickenheiser, Jonathan Toews and Mark McMorris have all used their platforms to promote the organization. As a result, Jumpstart is one of the most well-known charities in Canada.

While not every nonprofit can enlist the help of world-class athletes to deliver their calls to action, there’s no harm in reaching out to your organization’s celeb of choice. Connecting with micro-influencers in your industry could also be a much more attainable – yet effective – alternative.

We think @McDavid97 is right! There are some many different skills you can learn through sport! What are some skills you've learned through playing sports?

When it comes to nonprofits in the arts, donors are given a slew of benefits based on their levels of support. The Cinematheque, a film institute and media education centre in Vancouver, takes this to the next level by offering up on-theme donor titles like “producer” and “director” along with a bunch of fun perks – clearly, they’ve got a firm understanding of their target audience. How could film lovers resist? 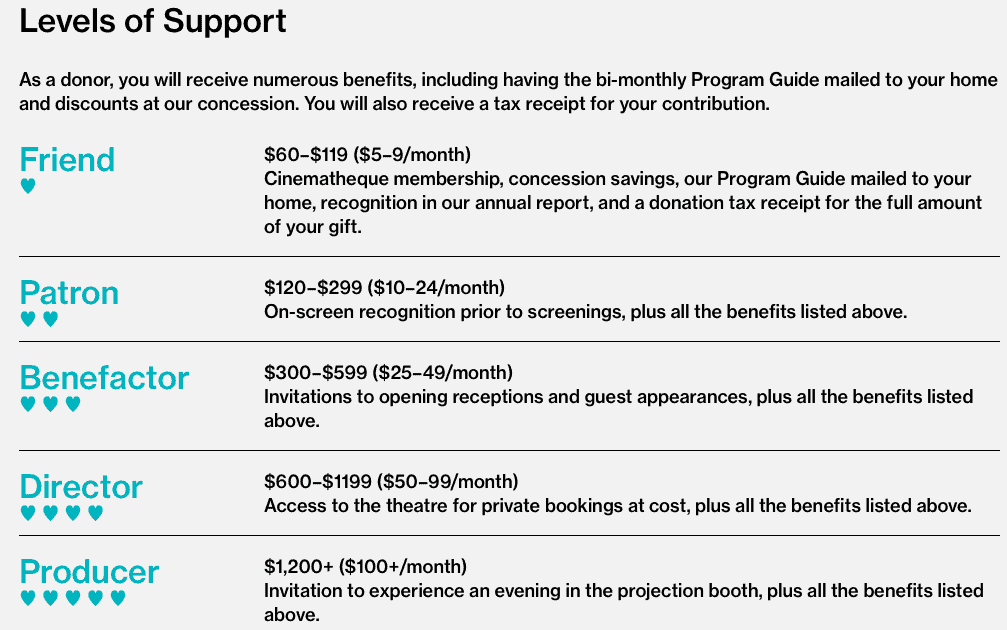 The Calgary Food Bank has been fighting hunger and poverty since 1982, but they’re definitely not stuck in the 80s. Between their beautiful website and powerful social media presence, the Calgary Food Bank has smoothly transitioned into the digital world. While their website lists a wide variety of ways donors can support the organization – meaning everything from food and car donations to gardening – they’re also offering up a fun initiative that reduces food waste while raising money.

Our Daily Bread, a blonde ale brewed with unused bread, is sold during special events at Calgary’s Hawthorn Dining Room, with a portion of the profits going to the Calgary Food Bank. Combining a noble cause with a fun, on-trend product – who could resist that CTA? No wonder Maclean’s listed The Calgary Food Bank as the best Canadian charity of 2020!

From bread to beer to feeding YYC! The Hawthorn Dining Room and Last Best Brewing have teamed up in a unique way to combat food waste and give to the community. Unused bread is turned into an exclusive brew, Our Daily Bread (ODB), a blonde ale. Served exclusively at the Hawthorn Dining Room, a dollar from every pint goes to help feed YYC. This partnership has resulted in a donation of over $3,000. Thank you! . . . #FeedYYC #FeedingYYC #FoodBank #FoodBanks #NonProfit #HungerFree #HungerFreeYYC #NoHungerYYC #FoodInsecurity #FoodIndustry #Partnership #OurDailyBread #YYCBrewing #YYCBeer #CharityTap #Fundraising #DrinkLocal #stopfoodwaste #sustainability #nofoodwaste #GivingBack

Many different factors go into a good call to action – urgency, emotional resonance and creativity, just to name a few. And sometimes it takes a few tries to come up with the right mix for your organization. Get in touch with us if you need help perfecting your CTAs!