‘Authentic’ influencers can give social media a big push

Businesses that use social media in their marketing are quickly learning the value of using “influencers” to increase reach. But how do they know the influencers they use are authentic and genuine?

There’s a trend among many influencers, however, to buy their followers and their “likes” on social media, says Ellen Parker, owner and CEO of Parker PR, a communications and public relations company in Calgary.

When they are genuine, influencers can really help spread the message about a brand. That’s true whether you’re selling a specific product or idea or building business-to-business relationships. 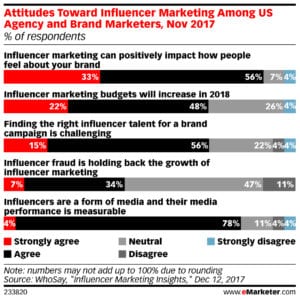 But who exactly are these influencers?

An influencer is generally someone who uses social media and has managed to attract a lot of followers. Because of that number, they can “influence” other people through their reach and knowledge, experience and credibility.

Karen Richards, a word-of-mouth marketing strategist and instructor at Mount Royal University, says social media is an important tool to start conversations with advocacy groups in a particular industry. But first you must build a relationship with influencers over time.

Richards suggests compiling a list of influencers, either individuals or groups, that you want to target, and then establish and cultivate a relationship with them.

“Have you met them in person? Have you spoken with them? Have you been able to engage them in conversation or have them attend or speak at an event? Or participate in being interviewed for a blog or a video? Those are tangible things you could measure,” Richards says.

You may be wondering how to actually find these influencers.

An initial first step in identifying influencers can be doing a scan of your own social media interactions. Are there any influencers already talking about your brand and engaging with you directly? The next step is to examine the conversation happening in the industry, issue or context you are operating in. This can be done by setting up relevant keyword and topic searches. This will help widen the potential pool of influencers who may have some brand affiliation with your organization or who would be open to partnering with you.

If those efforts aren’t fruitful, you can engage an influencer marketing company with experience pairing brands with relevant social influencers.

Once you get the relationship established, “you can start pushing your agenda more.”

That could include getting the word out about important campaigns, events or information you would like groups to share online.

“That is quite beneficial in terms of numbers because your potential reach of your message is a lot larger,” Richards says.

Parker often sets up media events to gain exposure and publicity for clients. Invitees include a mix of traditional media, like print and radio, and influencers – those who use blogs and social media platforms to communicate with their followers.

Parker says it’s important to find out as much as you can about your influencers to determine if they are “genuine and authentic.”

“If you go in and look at social media pages, you can actually determine if these followers are real or not through the engagement,” says Parker. “However, now you can actually even buy engagement. So, I can buy likes, which seems totally ridiculous doesn’t it?” 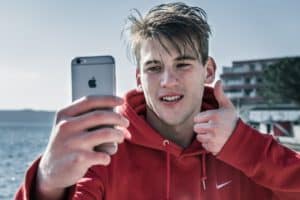 Parker tries to ensure the people attending her client events genuinely care about the particular brand because they’re more likely to be a long-term supporter. After all, that’s the goal.

There’s yet another interesting facet of the influencer game. Parker says some of them are making a lot of money through promoting themselves.

If your organization is interested in partnering with an influencer, be prepared to follow industry guidelines and regulations around disclosing the material relationship. Advertising Standards Canada has updated their Canadian Code of Advertising Standards to include language around testimonials, endorsements and reviews. While less work has been done in Canada in terms of codified legislation, the Federal Trade Commission in the U.S. has extensive resources around how and when to disclose the relationship between brands and influencers.

Like anything else, choosing influencers is buyer beware. Do your homework and remember one key word: credibility.